Hit enter to search or ESC to close
news 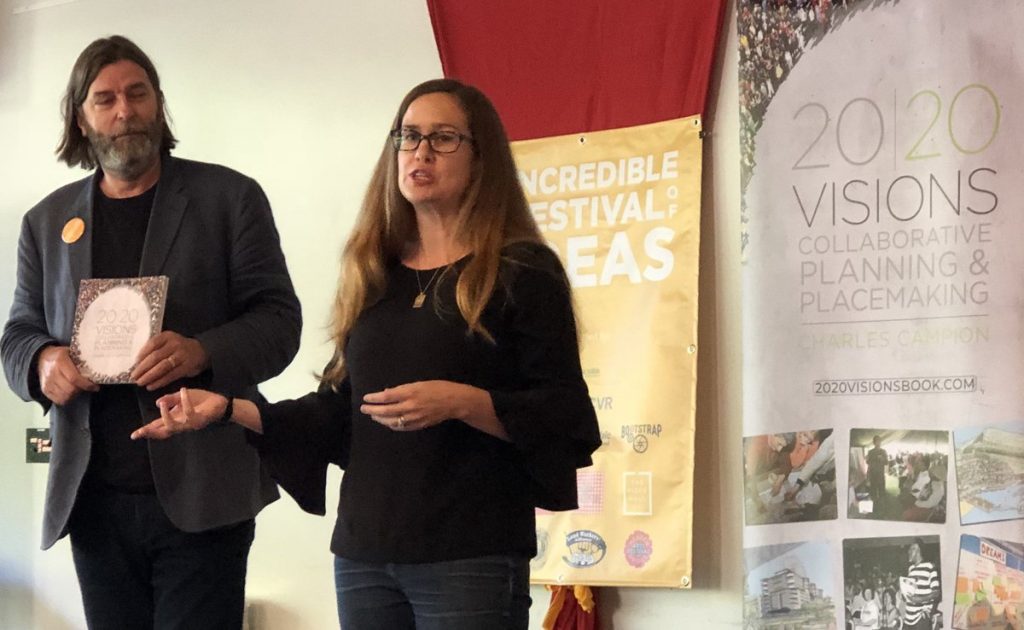 In late June, I was delighted to be joined by eminent guests at three launch events for 20/20 Visions: Collaborative Planning & Placemaking.

The first launch, which I dubbed the #NorthernPowerhouse launch, took place at community owned and managed Hebden Bridge Town Hall as part of the Incredible Festival of Ideas on Friday 22 June.  I was introduced by Pam Warhurst, co-founder of Incredible Edible Todmorden, and joined by Erin Simmons, Senior Director, Design Assistance at the American Institute of Architects (AIA). Erin spoke about the AIA’s role in devising and establishing charrette methodology in the 1960’s through its Regional Urban Design Assistance Team (R/UDAT) initiative, which involves communities working with professionals to co-design their towns and neighbourhoods.

Launch two was at the Royal Institute of British Architects (RIBA) Bookshop in Portland Place, London on Tuesday 26 June.  I was delighted to be joined by guests from RIBA Publishing, JTP and other invited friends and colleagues. I was also delighted that Joel Mills, Senior Director, Communities by Design, AIA had flown over from the States to speak at the launch about the vital importance of involving communities in shaping their places.  I then spoke about the intentions behind 20/20 Visions and thanked the long list of those who had helped shape my career path and those who had helped with the production of the book. 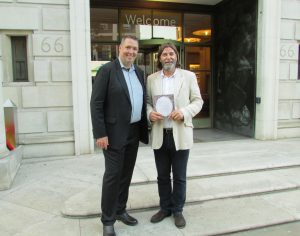 David “Harry” Harrison then read out a message from John Thompson, a pioneer of community planning in the UK. John wrote,

The lessons are plain to see, collaborative planning and placemaking can surpass all barriers and can bring together all the interested parties in a positive and creative atmosphere rather than just the usual decide and defend process.

The Irish launch took place in Cork as part of the Academy of Urbanism Annual congress. I was joined by Angela Brady, past President of RIBA, and Joel Mills.  20/20 Visions contains two Irish case studies – one recounts the story of the Crumlin Road, Belfast Ideas Weekend involving the two sides of the sectarian divide and which was held back in 1997, a year before the Good Friday agreement was signed.  The second covers the year long community planning process that created the Local Area Plan for the Liberties area of Dublin, home of Guinness. 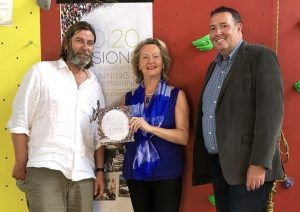