Heston West is an ‘overlooked’ suburban neighbourhood in the Borough of Hounslow to the west of London, a stone’s throw from Heathrow Airport and it is one of the 150 areas awarded Big Local funding. 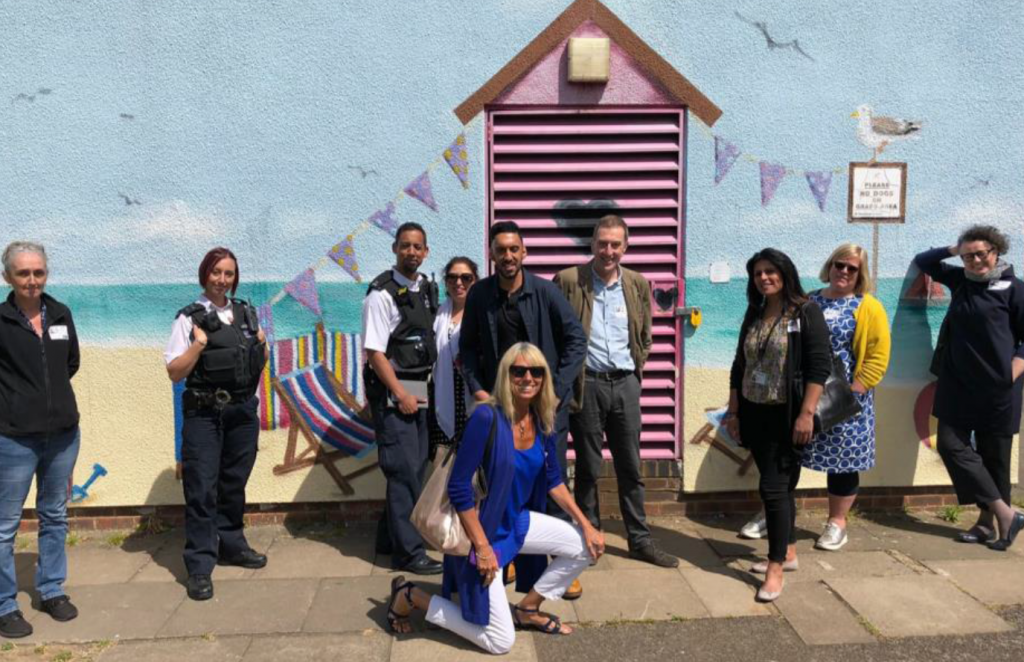 Big Local is an exciting opportunity for residents in 150 areas in England to spend £1million or more each on making a massive difference to their communities.  Big Local, launched in 2010, is funded by the Big Lottery Fund and managed by Local Trust, a unique organisation whose aim is to support resident- and community-led solutions for creating lasting change throughout England. 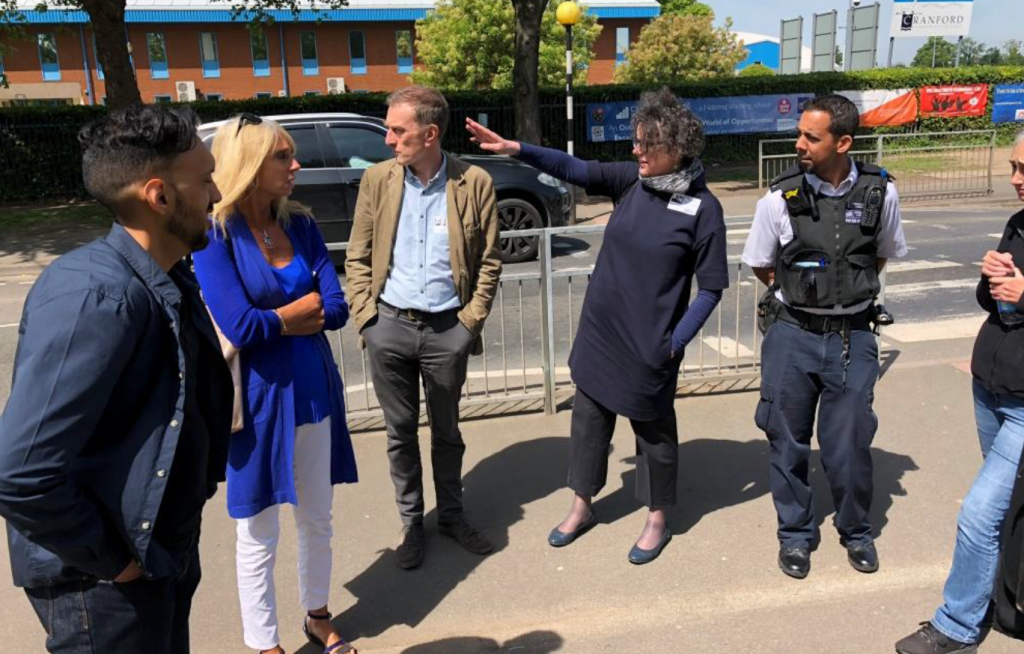 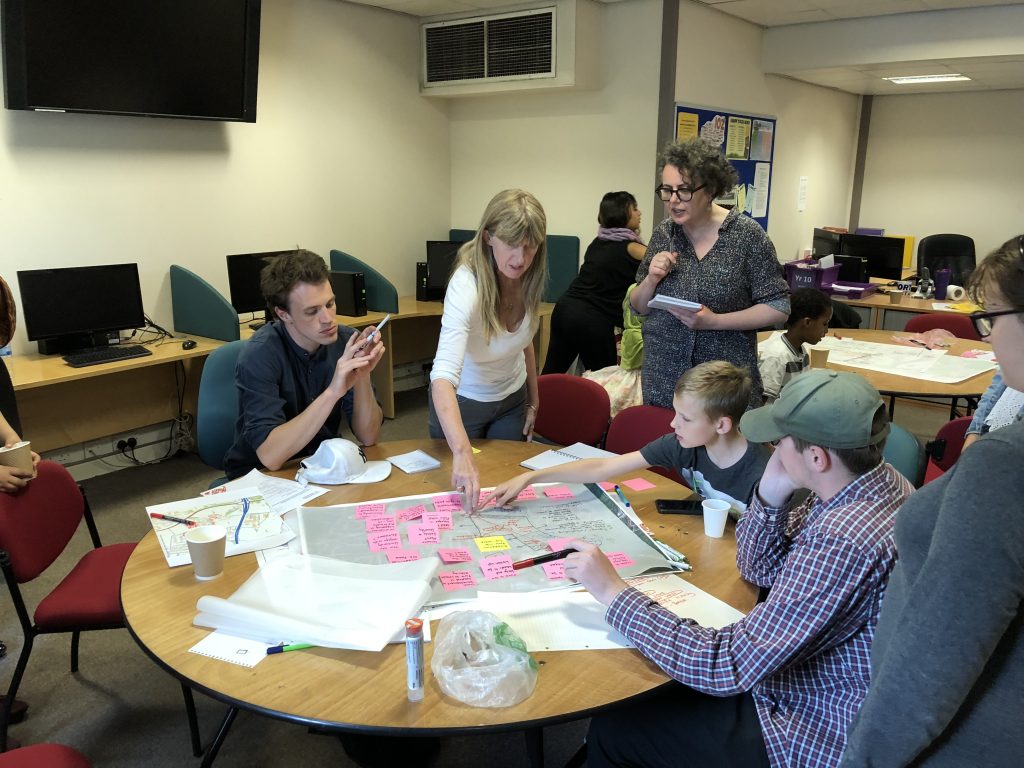 In the summer of 2018 the Heston West Big Local Partnership (HWBLP) supported by the Academy of Urbanism (AoU) held two day-long Diagnostic Workshops with residents, businesses and key stakeholders. The Diagnostic Workshops, run by AoU Academicians —Biljana Savic, Charles Campion, Joanna Chambers, Anna Leggett and Hilary Satchwell — were attended by representatives from Local Trust, members of Hounslow Council’s Planning and Transport departments, several local charities, residents and young people from the Cranford Community College. Through walkabouts, discussions, illustrations and group work, they sought to understand the impact of the built environment on social and economic issues in the area, to identify potential improvement projects and initiatives, to consider how they could be funded and to build the Partnership’s engagement with local communities. This citizen-led initiative revealed several key priority proposals for the community, including the widely felt recognition that the built environment and public spaces play a pivotal role in mental health and wellbeing.

The AoU team and the HWBLP are now assessing the outcomes and working with partners and the local community to consider next steps. 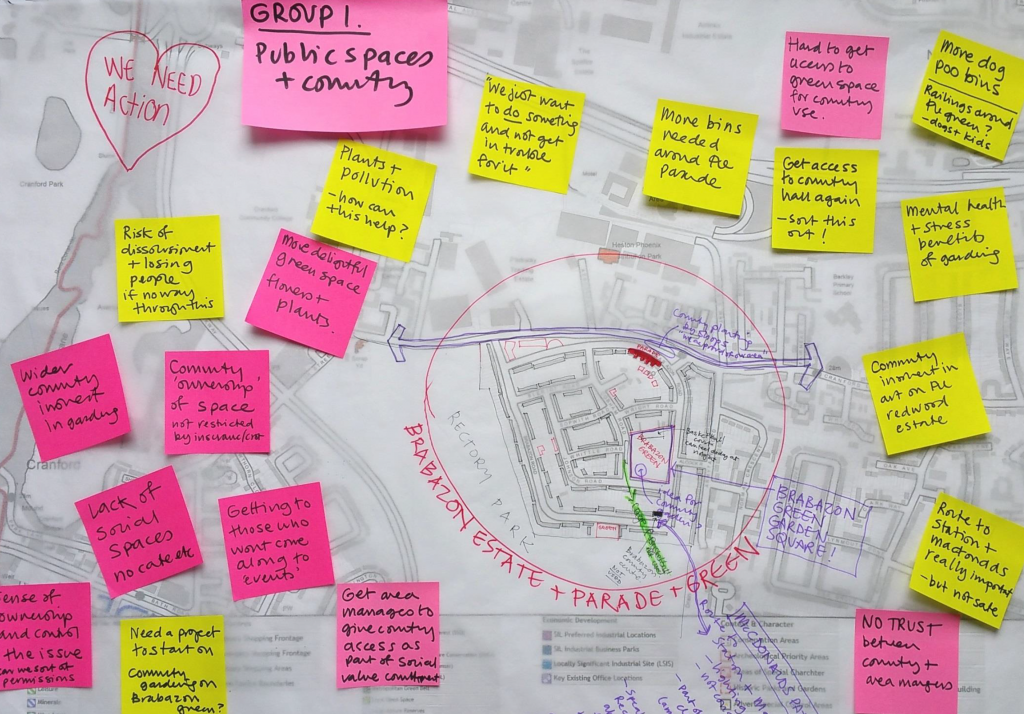